Hi all,
To those who braved the gas shortage and low water on the Little Tennessee (3rd lowest level over the 41 year period), the results from the 41st Outdoorsman Triathlon are now available at  https://outdoorsmantriathlon.org Race Results / 2016. A couple notable events at this year’s race included two of the Race Founders competing. Russ Callen (72) completed his 41st running of the Triathlon (escorted on the run and paddle by Dodge Havens). Russ remains the only competitor to have competed in all 41 individual triathlon races!  Payson Kennedy (83) again paddled on the winning Guru (over 65 age group) relay team with a paddle time that was faster than all the college teams! The Albion College Canoe Club (Albion College, MI) won the First Citizen Bank Collegiate Challenge and Southwestern Community College Outdoor Leadership School (Bryson City, NC) placed 2nd and 3rd.

Thanks again for all your support! 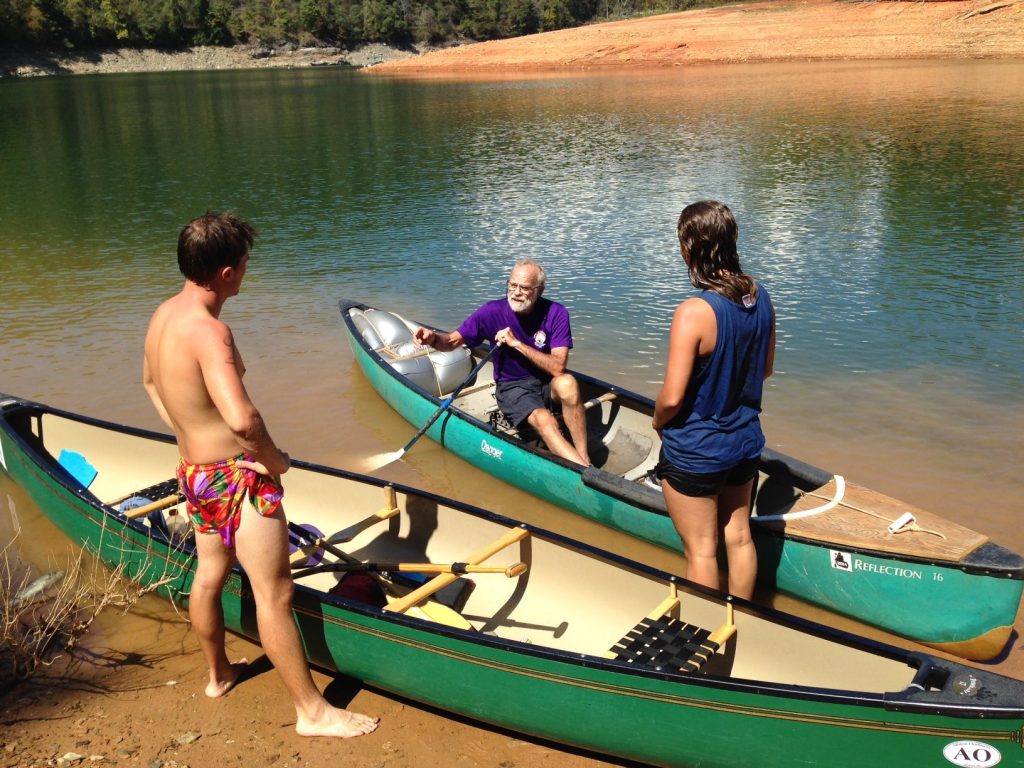 Donate to the Outdoorsman

2018 “Over the years I have determined that this race has no comfort zone” Quoted by Jim Farrington, 1989 Outdoorsman Overall Champion & multiple National Whitewater Open Canoe Champion.
Scroll Up
We use cookies on our website to give you the most relevant experience by remembering your preferences and repeat visits. By clicking “Accept All”, you consent to the use of ALL the cookies. However, you may visit "Cookie Settings" to provide a controlled consent.
SettingsAccept All
Privacy & Cookies Policy

This website uses cookies to improve your experience while you navigate through the website. Out of these, the cookies that are categorized as necessary are stored on your browser as they are essential for the working of basic functionalities of the website. We also use third-party cookies that help us analyze and understand how you use this website. These cookies will be stored in your browser only with your consent. You also have the option to opt-out of these cookies. But opting out of some of these cookies may affect your browsing experience.
Necessary Always Enabled
Necessary cookies are absolutely essential for the website to function properly. This category only includes cookies that ensures basic functionalities and security features of the website. These cookies do not store any personal information.
Non-necessary
Any cookies that may not be particularly necessary for the website to function and is used specifically to collect user personal data via analytics, ads, other embedded contents are termed as non-necessary cookies. It is mandatory to procure user consent prior to running these cookies on your website.
SAVE & ACCEPT
Loading Comments...